You may wonder why a person would want to start a storytelling business in this increasingly technological age. How can a live storyteller beat the power of virtual reality or an app you have access to 24/7 on your cell phone?

When your battery fails, or the grid gets overloaded, or you’re “out of range” what remains is the human storyteller.

Storytelling is the thread connecting the varied and colorful blocks of people, cultures, countries, nature, and experiences into the quilt of humanity.

I kept writing and was published in magazines and edited a weekly newspaper in my twenties. My love for dance and theater combined and led me to become a performance artist presenting my own dances and writings in Washington, DC, Chicago, IL, Greenville, SC, and Los Angeles, CA. As I lived a creative gypsy life, I worked for non-profit organizations and did help people.

When I returned to college, to complete my degree everyone assured me would increase my income, I discovered storytelling and made it my major. After graduation, I built up a resume of storytelling performances in a few states but was still working part-time for a non-profit. When the financial security that job provided ended I had a mid-life crisis and became a registered nurse.

But I never stopped writing or storytelling. As I worked in my last nursing job, as a case manager, I knew I could do more with the talents and knowledge given to me. I pursued countless online classes, webinars, and tribes. Finally, I discovered, the business I have to offer the world has always been with me – storytelling.

Storytelling enables me to share all of my talents, interests, skills, knowledge, experience and abilities to be of service. As a storyteller, I am a

Maybe I can meet your needs, in one or more of those storytelling roles. Do you need

Just call 907-229-0187 or e-mail skywalker@skywalkerpayne.com to discuss how storytelling can help you achieve your goals. 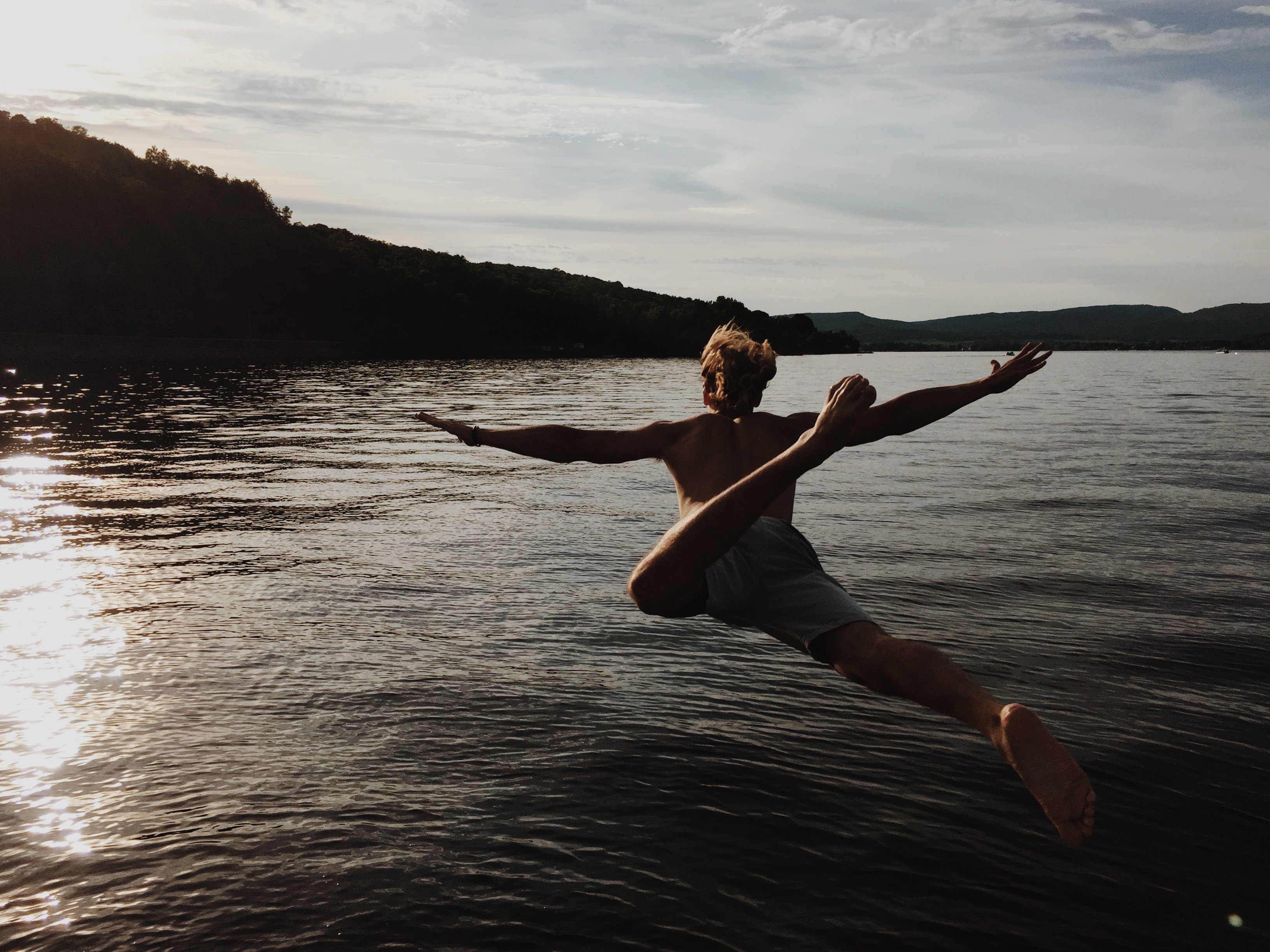 Preparing to start a new venture is like jumping off a diving board. You’re flying off into space with the trust of a graceful landing.  Like a dolphin at play, you’ll burst through the water’s surface.

But some dives aren’t a cinematic success. I didn’t learn to swim until I was in fourth grade and jumping off a board was scary. But I did it, as I headed toward the light of the surface, I opened my mouth. The lifeguard pulled me out of the water before I choked to death. But, I never jumped off a diving board again.

Throughout my life, I’ve followed a cycle. I dove into learning a skill or subject I was interested in and as soon as it became uncomfortable or challenging, I dropped it. I didn’t know, until recently, that this implicit memory kept me in a holding pattern.

Essentially implicit memory is a memory that you don’t realize you are retrieving from the past.

Debra Burdick, in Mindfulness Skills Workbook, further explains that perceptions, emotions, bodily sensations, and behavior contribute to implicit memory. When implicit memory is tied to past trauma it can emotionally “hijack” you in the present.

My fear of drowning left me standing at the shore. The beauty and mystery of water appeal to me but I never went snorkeling as my youngest sister did. And now, as I reflect on my life, I see how this one implicit memory kept me from fulfilling my deepest dreams.

In high school, I wanted to be a doctor until I took a biology class. My dislike of dissection and feeling sick from the teacher’s vivid descriptions of burns and other physical illness led me to abandon that ambition. But forty years later, I became a nurse.

I began college with a major in dance and drama. Feeling alone and isolated, struggling with movements, and gaining weight, I dropped those classes after the first semester. Yet most of my thirties I was a performing artist and in my forties earned a degree in storytelling.

Since I was in third grade I’ve been writing. In my twenties, I worked as a writer for brief periods. But when the work didn’t come easily and rejections piled up, I sought other ways of sharing my writings by performing.

A gypsy lifestyle, combined with an unconscious implicit memory, prevented me from reaching a level of stability and consistency recognized as a success. Still, I was fortunate to have many interesting and creative experiences even if they didn’t make for an impressive professional resume.

Often when you articulate your frustrations, your doubts and your fears people think you’re weak, struggling, confused. Unless you see the obstacles blocking your way can’t find a new path or remove the barriers.

Sometimes you don’t know you’re going in the right direction, you just know you have to try another route. When I began blogging in December 2011, I had no idea it would be the compass leading me straight to my life destination. I am a writer and storyteller.

Yes, I wake up at three a.m. some mornings, like this one, filled with fears and doubts. But, I started writing this essay a few weeks ago and during that time my work has taken concrete shape. I have a plan, a website that launches next week, a client, and I publish my second book in November.

What forgotten traumatic experience, in your past, prevents you from doing what you know you were put on this planet to do?

Photo by Laurie-Anne Robert on Unsplash